LNG Japan is committed to securing upstream resources so as to contribute to optimization of global energy supply and demand, and in particular, stable supply of resources to the Japan market.

LNG Japan’s access to underground resources began in the 1970s.
At the time, we launched LNG projects in Indonesia (Arun LNG, Bontang LNG), but to enable trading with Japanese buyers, we had to confirm that there were sufficient underground resources to support long-term LNG sales and purchase agreements of 20 years duration.
From then until the present day we have been involved in large-scale projects, including Ras Laffan LNG in Qatar and Tangguh LNG in Indonesia, and smaller projects elsewhere in Indonesia. In doing so, we have accumulated expertise in upstream business development. 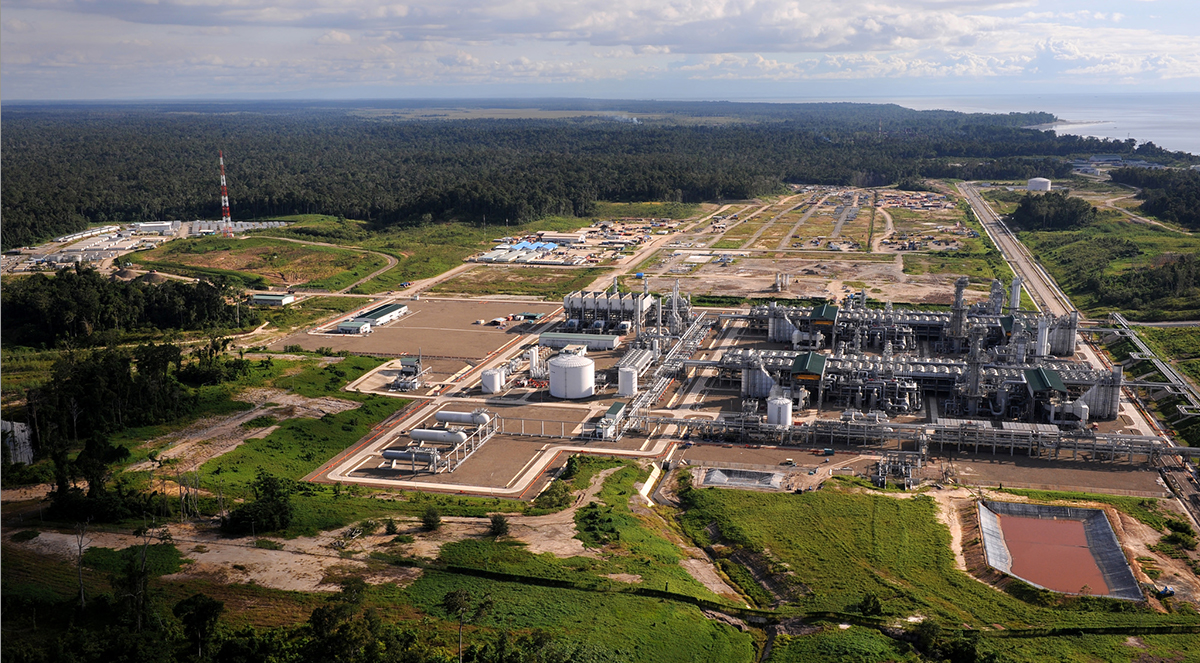 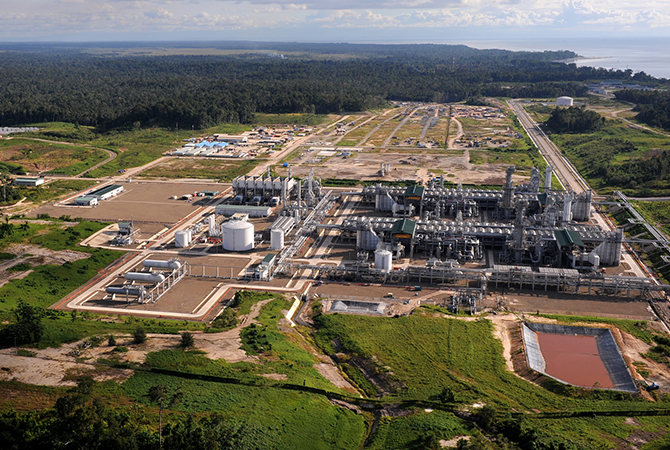 The Tangguh LNG Project is the third major LNG project in Indonesia, developed by unitizing the Muturi block, Berau block and Wiriagar block, located in the province of Papua Barat, Indonesia.

In March 2005, we, along with other Tangguh partners, made the final investment decision (FID) to proceed with development of two LNG process trains (Trains 1 & 2) and an offshore gas field, and started production in June 2009. The LNG process trains have a production capacity of 7.6 million tons per annum (mtpa) and have been delivering LNG to Japan, Indonesia, China, Korea, and the West Coast of North America based on long-term sales and purchase agreements.

In addition, the project approved the FID to advance the development of the Tangguh Expansion Project in July 2016.

The Tangguh Expansion Project will add a third LNG process train (Train 3) with 3.8mtpa of production capacity to the existing facility of 7.6 mtpa. The project also includes two offshore platforms, 13 new production wells, a new LNG jetty, and supporting infrastructure. The commencement of production is expected in 2020.

The Tangguh Expansion Project will play an important role in supporting Indonesia’s growing energy demand, with 75% of the Train 3 annual LNG production sold to the state electricity company PT. PLN (Persero). The remaining volumes are under contract to THE KANSAI ELECTRIC POWER CO., INC., the other foundation buyer for Train 3, contributing to Japan’s national energy security.

As one of the major LNG supply terminals in Indonesia, there are high expectations that this project will make a greater contribution to the stable supply of LNG in the Asia-Pacific region. 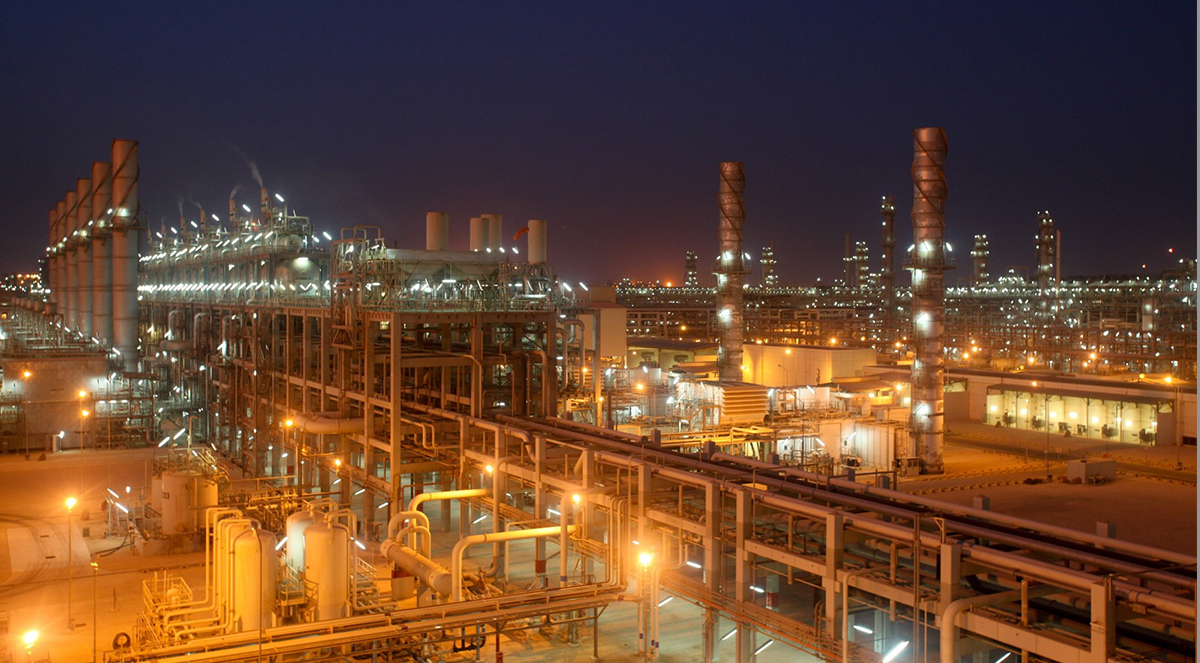 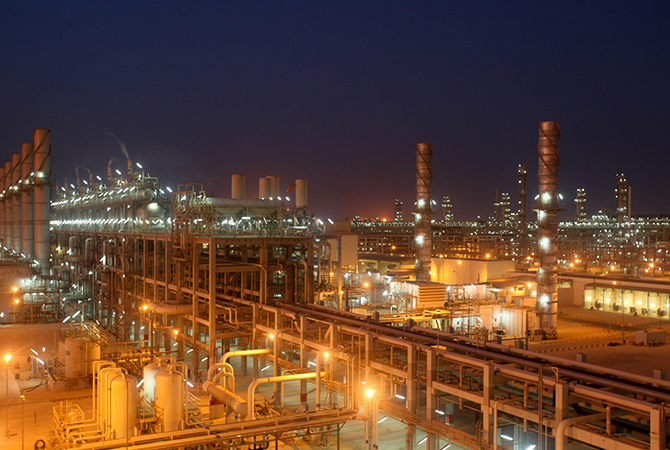 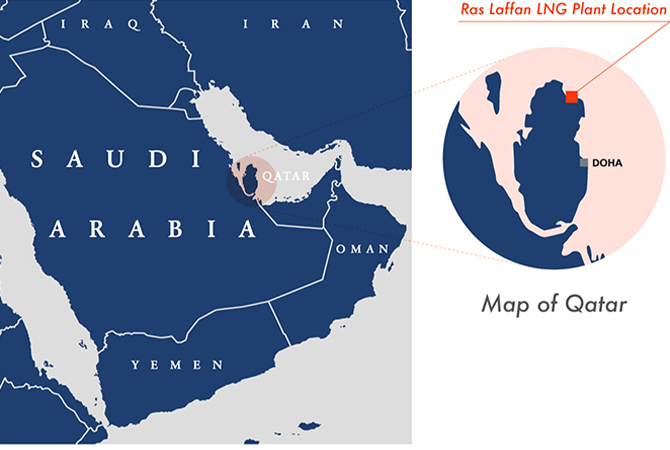 The Ras Laffan LNG project is a Qatar LNG project led by Qatar Petroleum (a Qatari state-owned company) and ExxonMobil. In September 1997, LNG JAPAN joined the project by acquiring 3% equity interest in Ras Laffan Liquefied Natural Gas Company Limited ("RL"). Upon our participation, we arranged a US$300 million loan to Qatar Petroleum.

RL supplies 4.8 million tons of LNG per year to Korea Gas Corporation from its LNG production trains 1 and 2, which are capable of producing a total of 6.6 million tons per year. The company has continued smooth operation since its first shipment in August 1999. RL also supplies LNG on a spot contract basis to LNG markets all over the world.

In addition, RL produces by-products such as condensate and sulphur. In 2005, RL set up a liquefied helium plant in cooperation with the Qatargas project, which has since produced 660 million standard cubic feet of helium a year.

Subsequent to this Helium-1 project, the Ras Laffan and Qatargas projects jointly launched a Helium-2 project which began commercial operation in 2013, producing 1.3 billion standard cubic feet of helium per year. Utilizing our business expertise cultivated through long-standing efforts in Qatar, LNG JAPAN’s involvement in this project entails working as buyer’s representative for a Japanese offtaker in Japan’s first direct purchase contract from a helium producer. We have also established a helium handling joint venture with a local Qatari company and the Japanese offtaker, which is equipped with the very first helium transfilling facility in Qatar.